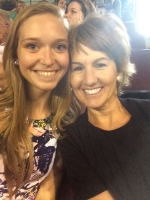 Ms. Olson currently limits her practice to family and business immigration law,representing individuals and entities in the areas of immigrant and non-immigrant visas, dealing with the Immigration and Naturalization Service, the United States Department of State, the United States Department of Labor, and its local state affiliates. Ms. Olson began practicing immigration law in 1986 while a staff attorney at the International Institute of Minnesota. She also served as an Adjunct Professor with the William Mitchell College of Law, and as Director of the Asylum Project on the Minnesota Lawyers International Human Rights Committee. From 1991 to 1997, Ms. Olson practiced immigration law with the firm of McMurray, McMurray, Dale and Parkinson. In 1997, she joined Littlefield and Peterson, continuing to practice immigration law exclusively. In 2002, she and Arnold Gardner formed Gardner and Olson, PLLC, to continue assisting individuals, educational institutions, corporations and other business entities in the area of immigrant visas (green cards), based upon family or employment, and non-immigrant visas. Ms. Olson then opened her own firm from 2009 to 2012, when she joined Holy Cross Ministries as Co- Director, then Director of Immigration, until February 2015. In February 2015, Ms. Olson reopened her firm, Law Office of Janice Radler Olson.